The Source of
New Technology for
Better Living 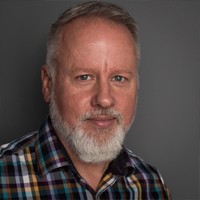 James has over 20 years of executive and technical experience in invention, development, and licensing of important global technologies and products ranging from semiconductor fabrication, chip sets, aerospace systems, wireless and wired communication systems, imaging systems, and digital signal processing. He has experience at all phases of the technology lifecycle including development, commercialization, manufacturing, and licensing. In today’s new and challenging legal environment for businesses that require protection of their investments in inventions and intellectual property rights, James also has established a strong track record for successfully developing, perfecting, and licensing foundational patent portfolios. Prior to joining Headwater, as Associate General Counsel at Rambus, James was instrumental in keeping the company’s core intellectual property portfolio strong as new AIA-inspired processes were instituted in the USPTO. Prior to Rambus, James was an engineering leader at Texas Instruments where he developed technology and products for the aerospace industry. James then went to law school and subsequently held intellectual property development and licensing positions at Texas Instruments, Marger Johnson & McCollom, Haynes and Boone, and then his own firm. James holds a B.S. degree in Electrical Engineering (Magna Cum Laude) and an M.S. degree in Electrical Engineering, both from Brigham Young University, and a J.D. (Magna Cum Laude) from Southern Methodist University. He is a registered U.S. Patent Attorney and a member of the Texas State Bar.

The extended Headwater team includes some of the most successful and pioneering inventors, entrepreneurs, and invention licensing professionals in the world. Many important and valuable inventions and products have been created, commercialized, and licensed by Headwater team members. These inventions provide foundational technology that helps to power a growing combined market of over a trillion dollars per year in industry revenues for chips, devices, services, equipment, and licensing. At Headwater the team has established a proven track record for inventing, commercializing, forming product companies, and licensing important products and technology that underpin today’s global communications industry.

Charlie Giancarlo, Chairman, is a seasoned executive with more than 30 years of experience in the communications industry. He was a Managing Director with Silver Lake Partners from 2008 to 2013 and a Senior Advisor from 2013 to 2015. Before joining Silver Lake, Charlie spent 14 years with Cisco Systems, where he led the company’s product development, business development, and other management activities. Among the variety of senior executive roles held, he was executive vice president and chief development officer, responsible for all 38 of the company’s business units and divisions.

James Harris, in addition to his GC duties, serves on the Headwater oversight board.

John O’Farrell is a General Partner at venture capital firm Andreessen Horowitz, where he works with late-stage growth companies and selected early-stage ventures.

Dr. Greg Raleigh has a 30-year track record of innovation and leadership that has shaped today’s wireless and networking industries. He has founded several successful product companies. Along with many other inventions, he conceived and proved the groundbreaking theory for multiple-input-multiple-output (MIMO) wireless transmission, a contribution that completely changed 100 years of scientific thinking and led to dramatic data speed increases and connection reliability improvements in the field of radio communication that now powers all 4G, 5G, and Wi-Fi communication. Greg also co-invented and commercialized new cloud based products and technology that makes it easy for consumers to instantly activate, purchase and manage wireless services by downloading an app to their mobile device.

Roger Sippl has over twenty years of senior operations and chief executive experience with technology companies. He was founder of Informix Software, Inc. in 1980. Under his direction, Informix pioneered SQL relational databases, 4GL application development tools, and OLTP database technology for the UNIX operating environment, personal computers, and networks. He was the first chairman of the SQL Access Group, and served on the X/Open Board of Directors representing the software industry. Roger also served on the UNIX International Executive Committee and is a founding board member of Uniforum, the first UNIX trade organization and show. Roger was a co-founder and chairman of The Vantive Corporation serving on the board for nine years from 1990 until 1998, helping to manage Vantive's IPO in 1995. Roger also founded Visigenic Software in 1993, and helped pioneer application servers and distributed object computing in enterprises, helping to manage Visigenic's IPO 1996 and acquisition in 1998.